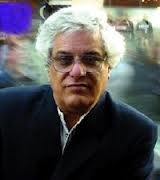 Concepts of rentierism or the rentier state gained wider circulation in political sciences since at least early 1970s, despite its old economic origin. Rent in classical political economy is one of three basic modes of income that coincides with three major factors of production, as laid out by Adam Smith; and these are:

Profit and wages were conceived of as original sources of added, or newly created, wealth, because they involved labor, live labor exerted by the workers, and accumulated, materialized labor (in the form of instruments, machinery, buildings and tools), deployed by entrepreneurs; rent appeared derivative.

Rent was also the name used for the income from titles bestowed on the royals (for being royals), aristocracy and nobility. These titles gave them right to appropriate a certain portion of the rural and artisanal produce in their estates. They were called rentiers; they did not have to work, employ capital, exert effort, or run any risk. Non-productive, title-embedded income, was rightful and sacred in pre-modern Europe; n

Not so after the third class revolutions of the industrial age. Rentierism and rentiers became, in classical terms, synonymous to idle, non-productive, even parasitical entities.

In the early twentieth century, the term ‘rentier state’ was also used in a specific way to denote “European states that extended loans to non-European governments.”[1] In this case it is exportation of surplus financial capital for investment in the peripheries of the industrial world, i.e. the raw-material producing regions and countries.

Oil and mineral revenues for third world governments gained a similar aura, but from a different angle.  The term oil ’rentierism’ suggests the existence of any political entity that receives revenues independently of productive classes.  The entity in question is, here, the state itself as a system of governance,, or this is what the theory presumes.  Oil production allows the state-regime, as a national agency or owner of national wealth, to receive vast economic resources autonomous from its own society and its productive classes. This gives the state independence from power relations of social wealth. The state or, more precisely, the ruling elite can dispense with these revenues to buy consent through free services, and lavish contracts to domestic crony entrepreneurs, build massive security forces, and assume the garb of a benefactor, extending its patron-client networks and almost uncontested hegemony.

The literature on oil rentierism was confined to the Middle East, and never picked up to link in the regions beyond. More to the point it was never linked with the global studies on democracy and democratization, as Michael Ross amply argues.[2] A plethora of literature that focuses on ‘oil curse’ or ‘resource curse’, the ‘devils excrement’ flourished.

Ross, among others, breaks a new ground in examining oil rentierism as the political economy of authoritarianism. He does this in a meticulous method subject to ‘careful statistical tests’. He examines, for example, three major categories: a- the rentier effect; b- the repression effect; and d-the modernization effect. All these three factors derive from oil rentierism, or ‘resource curse’. The rentier effect, in his view, involves three major causal mechanisms: taxation effect (low taxes); the spending effect (involving patronage and free services); and ‘group formation’ (manipulation and restructuring of middle classes). The repression effect, a corollary of rentierism, is embedded in the capacity of resource-rich states to build massive military and internal security machines.[3]

This concept, oil rentierism, helps us to better understand the effects of oil-revenues on the structure, functioning and economics of various political systems. The rentier-state theory, in our view, does not sufficiently differentiate between several forms of oil ownership: first national (as in Iraq, Algeria, Iran, to name but few); second the patrimonial (as in Saudi Arabia, the United Arab Emirates, and other Gulf states, save Kuwait, where the royal family members receive salaries); third, private foreign capital, and lastly, fourth the share-holding society as in Alaska.[4]

In the first case, the state, or central authority, receives, allocates and dispenses revenues directly. In the second form, oil royalties accrue to the royals (or Sheikhs) directly. All members of the Saudi royal family, for examples, are rentiers. They receive an endowment from oil revenues, and do not have to exert any effort. And the royal lot would patronize the state, run mainly by their members, to share some of the benefits with society at large. In the third case, central governments receive a share from oil revenues (some 20 to 50% or more, as was the case in Iraq, Iran, and Arabia before 1972). In addition, foreign oil companies are also taxed by the host governments. While in this case the state still enjoys autonomous revenues, its scope of economic freedom is usually checked by foreign oil interests, which may lower production, or, inversely lower prices by increased output. These pressures have some political effects. The last case, the Alaskan model, frees oil revenues from the arbitrary ownership of the state, empowers members of society, expands economic participation, ends state patronage, and establishes tax-anchored government accountability. The end result is that in the first, second and third forms of oil ownership authoritarianism is generated or reinforced; in the second form, patrimonialism is reproduced; in the fourth case oil rentierism breaks down state hegemony over society.

Another differentiation of the sociopolitical and economic setting in oil producing countries is also required to better appreciate the authoritarian effects of oil rentierism. Where democratic systems took root, oil rentierism had little political effect to ponder on. Holland, the US, and the UK are all oil producing countries. Beyond that there is little to boast about. Save Venezuela, no oil-rich newly developing country ever promoted democratic governance. In the Iraqi context, for example, oil enhanced modern state capitalism, increased state autonomy, and thus consolidated authoritarianism and opened up the way to the rise of the totalitarian model. In Arabia, it eroded the traditional economy and society, enhanced state autonomy, and mutated the Sultanistic dynasties or patrimonial sheikhdoms into authoritarian regimes. [5]

The power of oil is thus economic, social and political. Economically, oil is a tool of authoritarianism, state patronage, personalization of state institutions, and, in the case of Iraq, an instrument of war. Abundant easy cash always drives governments to irrationally expand bureaucracies, whose very origin is cost-effective, rational tool of governance. Diplomacy, another cost-effective instrument of politics, is displaced by more costly alternatives: war. Even on the economic-developmental level, oil abundance is not a pure bliss. The ‘paradox of the plenty’ has been thoroughly criticized by many scholars. In her assessment, Terry Lynn Karl, examines what she dubs the perils of the petro-state, oil-rich countries, reflecting on the empty euphoria that possessed the imagination of some rulers in oil rich countries who imagined they would catch up with the first world following the fourfold increase in oil revenues in early 1970s. Her conclusion was: petroleum booms produced poverty, social dislocation, and, in the end, political upheavals, as the extreme case of Iran 1979 shows.[6]

Another study, already cited above, provides quantified evidence of the effects of

oil rentierism. At the end of his statistical tests, Ross concludes: “These tests

support both the validity and generality of the oil-impedes democracy claim. They

suggest the following: that a state’s reliance on either oil or mineral exports tends

to make it less democratic; that this effect is not caused by other types of primary

exports; that it is not limited to the Arabian Peninsula, to the Middle East, or to

sub-Saharan Africa; and that it is not limited to small states.”

In the past, oil rentierism strengthened authoritarian military regimes(1963-1968),

laid the grounds for the rise of totalitarism, a state-party, mono-ideology, system

the full-fledged negative impacts of oil rentierism is unfolding. Iraq must be saved

of its own ‘oil curse’. The so-called ‘emerging democracy’, or ‘democracy at cross

roads’, cannot sustain its existence in the face of oil Behemoth.

[1] Michael L. Ross, Does Oil Hinder Democracy?  World Politics, 53, April 2001, p.329.
[2] Ibid., p.330.
[3] Ibid., pp.333-336.
[4] On these versions, see, Robert Goodland, Examining the Social and Environmental Impacts of Oil, Gas and Mining, World Bank Group, Washington DC, 3 December, 2003. For an expanded view, see, Professor Paul Stevens, Resources Impact-Curse or Blessing?  A Literature Survey, University of Dundee, UK, 25 March 2003. I am indebted to my colleague at the USIP, Jill Shakleman for her insight into the some nuances of the social and political impact of oil revenues, and for the various discussions we had on this and other topics.
[5] On the general sociopolitical landscape in the Gulf, see among others, D. Hawley, The Trucial States, London, Allen and Unwin, 10970; John D. Anthony, Arab States of the Lower Gulf: People, Politics, Petroleum, ME Institute, Washington DC, 1975; K.H. Naqeeb, Society and State in the Gulf and Arab Peninsula, London Routledge, 1990; Peter Lienhardt, Sheikhdoms of Eastern Arabia, edited by Ahmad al-Sahi, Oxford, 2001; M. Rasheed, A History of Saudi Arabia, Cambridge, 2000.
On the impact of oil on state-business relations, see, Kiren Aziz Chaudry, Economic Liberalization and the Lineages of the Rentier State, Comparative Politics, October 1994, p1-24; Keiko Sakai, Economic Liberalization in Iraq, its political application, paper submitted to the Middle East Workshop, Institute of Developing Economies, Tokyo, January 9, 1996.

[6] Terry Lynn Karl, The Perils of the Petro-State: Reflections on the Paradox of the Plenty, Journal of International Affairs, Fall 1999, 53, No.1, 31-48. Another writer, Edward Morse, drew attention to the changing nature of the political economy of oil in the 1990s compared to the 1970s, as the focus shifted from governments to markets. See, Edward L. Morse, A New Political Economy of Oil?, Journal of International Affairs, Fall 1999, 53, No.1, p.1-29. 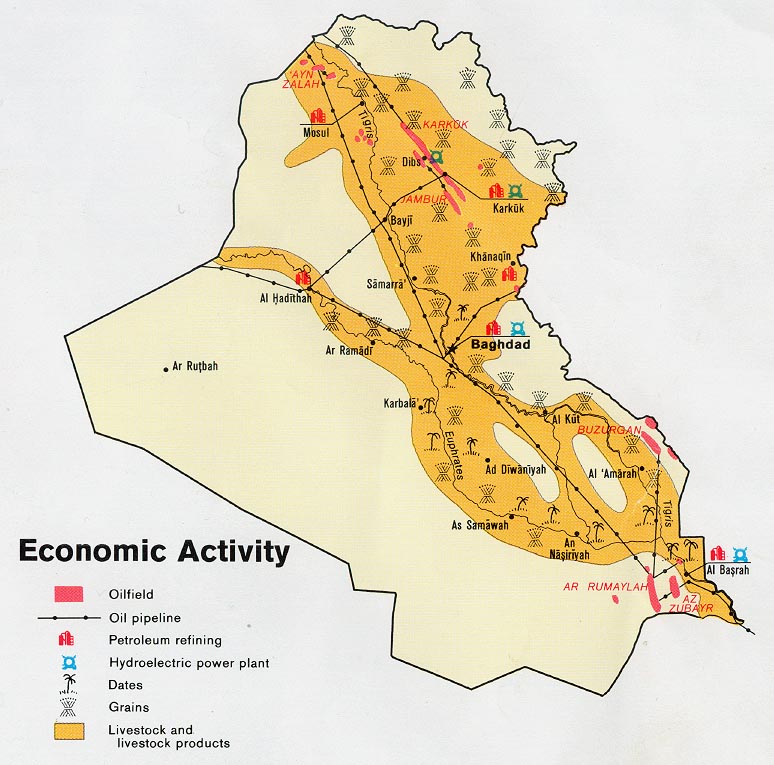 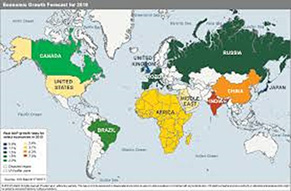 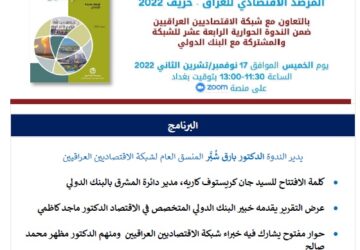 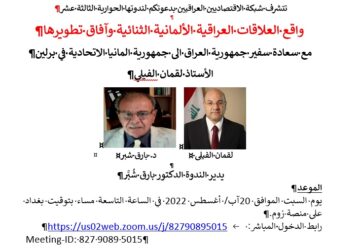 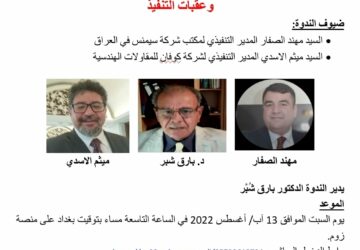 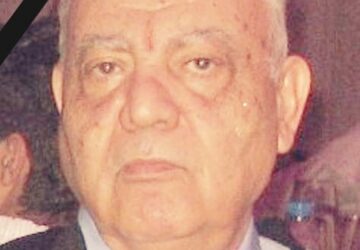