The buffaloes that Jabbar Hassan farms moved too slowly across the marshland. They looked tired and too thin; seven had already died because it was too hot and the marshes where they live are becoming too dry.

A severe drought is impacting on the Jabayesh marshes, where Hassan and his family live in southern Iraq; Jabayesh lies about 95 kilometres east of Nasiriya, the capital of Dhi Qar province and covers an area of about 600 square kilometres. The marshes were drained by former Iraqi leader, Saddam Hussein, in the 1990s in an attempt to starve revolutionary Iraqis out of the area and even though waterways were unblocked after 2003, the marshes – home to unique birds, fish and plants as well as farmers and fishermen – have never been the same again. Now a series of droughts is being exacerbated by the fact that the extremist group known as the Islamic State is in control of parts of the Euphrates River, where water is usually released for the marshes. The extremists are not letting as much water downriver and this is worsening the impact of the drought on the marshes.

Hassan, whose family and forebears had lived here, fishing and farming water buffalo, for generations, says that the marshes had seen some signs of recovery over the past years as water levels increased, and brought more reed growth and an increase in buffalo numbers. But now the marshlands are endangered again.

“And soon we won’t have many other options,” Hassan says. “We have to leave so we can find other ways of making a living.”

The levels of water in the Euphrates have fallen and this has caused the deaths of a lot of the water buffaloes, Badeeh Lubnan, the mayor of Jabayesh, told NIQASH. Additionally the salt in the water has risen to unprecedented levels.

The drought is not just causing the inhabitants to leave, it is also endangering the potential for the marshes to be listed as aorld Heritage site by the United Nations. The “Marshes of Mesopotamia”were nominated but have yet to achieve full status as a World Heritage site.

“The drought has impacted on large areas in the marshes and had a significant effect on the biodiversity in the area,” says Jassim al-Asadi, a senior member of local conservation agency, Nature Iraq, who was actually also born in the southern marshes area. “Now the marshes are no longer the seasonal pathway of birds migrating to Europe. And the fish here, known for their good quality, are disappearing as is plant life and even algae, all of which are important parts of the food chain.”

Al-Asadi’s organisation says that over three-quarters of the buffalo breeders here have left; they’ve been particularly hard hit by the drought because the salinity of the river water makes life untenable for the water buffaloes.

The Ministry of Water Resources is being blamed because it hasn’t been able to keep promises it made about releasing water into the Euphrates and Gharraf river basins. “The level of flooding is about 15 percent less compared to last year,” says Hassan al-Asadi, a member of the Dhi Qar provincial council who also lives in the Jabayesh area.

Additionally the low levels of water in the rivers are causing the provinces further upstream to use more than their fair share of water, which means the water supply that reaches the marshes is diminished even further. The government in Baghdad has even instructed local military commanders to ensure that there are no violations in terms of water share.

Compounding the problems caused by nature and the security crisis, is Iraq’s financial crisis. The Ministry of Water Resources is having a big problem keeping irrigation and pumping projects going because of the lack of funds, says Ali Radhi, head of the local irrigation and drainage authority. “The required austerity is having a big impact on projects that aimed at increasing the number of pumping stations and sustaining existing ones,” Radhi told NIQASH. The Ministry has released extra water from elsewhere and is trying its best, Radhi says, but Iraq’s marshes are looking at some long odds, when it comes to their survival and sustainability. 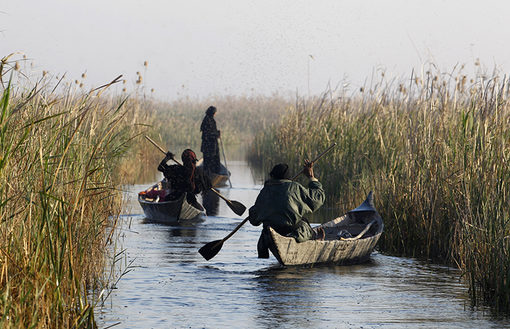 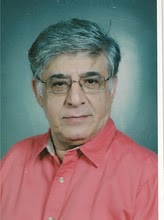 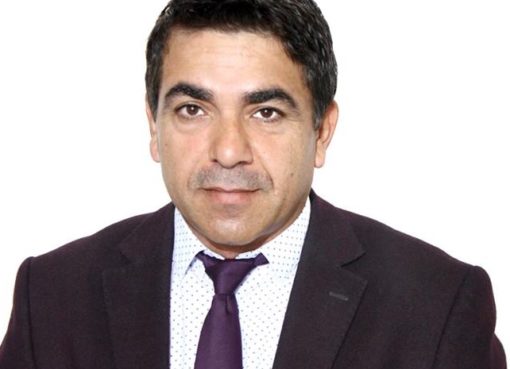 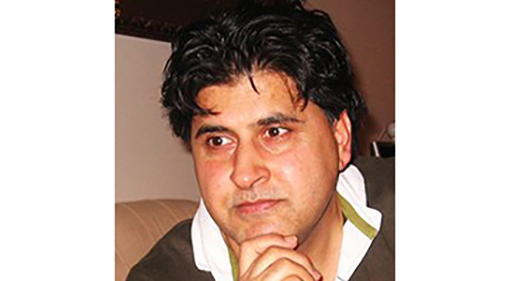 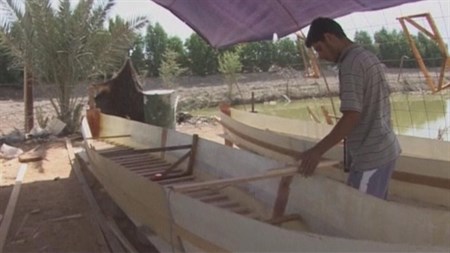