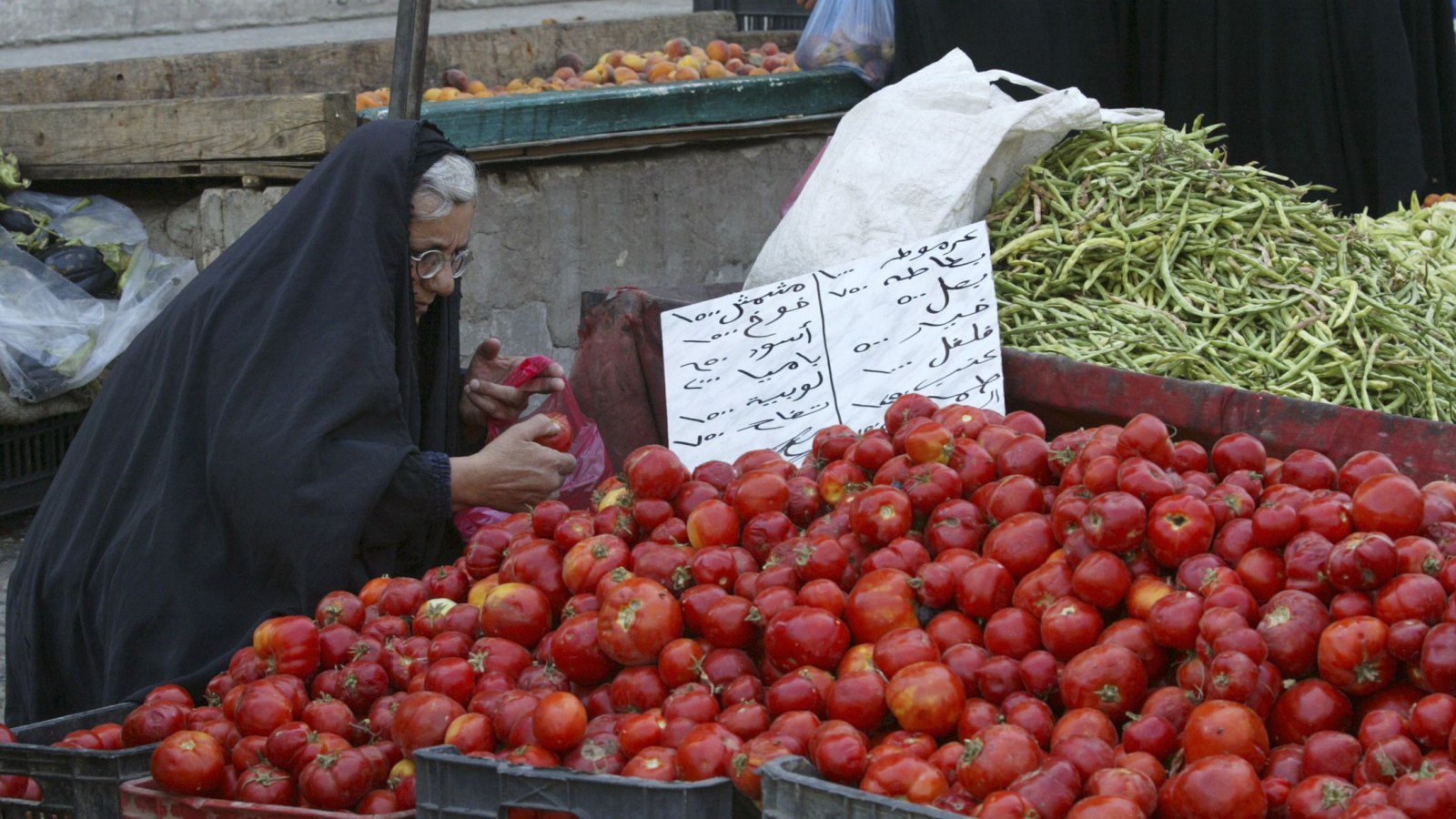 “Look at these prices,” Abu Mustafa said, as he gestured at the mounds of fruits and vegetables around his stall at Karrada market. “Look what the dollar has done to them. Who can afford to buy okra at that cost?” Now retailing at 12,000 Iraqi dinars a kilo (about $4 a pound), it’s just one of the locally produced goods to have tripled in price over the past year.

Over the road and beneath a billboard commemorating three brothers killed in a recent attack, Mohammed Jassim, a chicken and dairy distributor, is even more worked up.

“We’ve had three bombs [in this area] this year. Three! But it’s the prices, even more than [the Islamic State] that are keeping customers away,” he said. Usually, in this leafy district perched in a bend in the Tigris river, he’d be doing a thriving trade on a midweek morning. But with shredded storefronts, blackened sidewalks, and sky-high price tags, the few buyers linger in their cars and shout their shopping lists to stall holders.

“Bombs and bad money are not good for business,” Jassim adds with a wry smile.

Ever since the Islamic State (ISIL) seized up to a third of Iraq’s territory last summer, Baghdad has been reeling from a barrage of economic blows. “Bombs and bad money are not good for business.”The loss of land and consumer confidence has dented economic activity, while the collapse in the price of oil—which accounts for around 97% of government revenues—has struck the state budget, at the same time as military and humanitarian expenses have rocketed.

And without foreign reserves to prop up the struggling local currency, the strong dollar in particular has wreaked havoc among shopkeepers and consumers alike.

“As the dinar has shrunk, the cost of imports has gone up. And as is well known, Iraq imports almost all of its food,” said Zaab Sethna, a partner at Northern Gulf Partners, an investment firm active in Iraq, and a former advisor to the Iraqi minister of finance. “I hate to use the cliché, but Iraq’s been hit by a perfect storm.”

Passing on the costs

It wasn’t always like this, of course. Iraq was a net food exporter until the 1970s, when wheat from Nineveh was particularly prized in the Middle Eastern market. But Saddam Hussein’s misrule—during which many farmers were press-ganged into the army to fight Iran in the 1980s—along with 12 years of flux since the US-led invasion of 2003, have hobbled domestic agriculture and left Iraq reliant on its neighbors for bare essentials.

The consequences of a lack of local production were brought into sharp relief last June when ISIL cut off many of the highways in the north and west—the territory it controls—and applied sizeable tolls on all goods passing through its turf. With the journey from Jordan now taking two to three days instead of the usual 10-12 hours, and truck drivers from Turkey forced until recently to navigate longer back routes, the higher fuel expenses were passed right on to the consumer.

“One day apples were affordable, the next they were basically a luxury.”Already suffering from a renewed car-bomb campaign, Baghdad residents felt the effects almost immediately.

“One day apples were affordable, the next they were basically a luxury,” said Maryam, a civil servant from the El Dora neighborhood who declined to give her surname. Her salary from the health ministry has been delayed as the government grapples with a budget shortfall estimated at over $1 billion for January alone, and she’s consequently reined in her spending.

With the Iraqi dinar also weakening up to 10% against the US dollar over the past year, many merchants have raised prices. But some feel they can’t, since almost six million working or retired Iraqis depend on the government’s precarious finances for their salaries and pensions.

“If things are too expensive, people just won’t come. I tried to up my prices a little in December and some customers stopped buying here,” said Abu Hayder, who owns a bakery known for its decorative cakes two blocks from the National Theater in Karrada. “35% of my business came from Anbar, Samarra, Tikrit [areas under the control of or threatened by ISIL], so I’m already close to shutting down.”

Not enough help from up high

In a city riven by sectarian divides and chilled by attacks that have only escalated since the jihadists suffered setbacks earlier in the year, business owners can’t agree on much. But most are angry at government officials for what they perceive as a total unwillingness to help them.

Fruit and vegetable purveyors are furious at Iraq’s low tariffs on imported goods—amongst the lowest in the region. Those who depend on refrigeration are frustrated that the government won’t help them deal with the consequences of an intermittent power supply. Regular blackouts require the use of generators, which can eat up over 500,000 dinars ($430) worth of fuel for only a few fridges in the sizzling summer months between May and September.

“It seems crazy that the Land of the Two Rivers is importing bread from the Empty Quarter.”Agriculture officials acknowledge the difficulties, but they insist they’re taking steps. “We gave orders for three governorates to stop planting rice [which is water-intensive], banned the import of cucumbers, and now allow the import of live animals to give Iraqis more work in slaughtering them,” said Mehdi al-Kaisy, the deputy minister of agriculture, when we met in his office in a heavily fortified strip of buildings off Firdos Square.

He’s also adamant that Iraq would have had enough domestic wheat in 2014 had ISIL not seized and appropriated fertile swathes of land around Mosul. “If we add the one million tonnes from Nineveh to the 3.4 million tonnes that other provinces delivered to the trade ministry this would have been enough for all of Iraq. This gives you a clear idea of our agricultural development,” al-Kaisy said.

“Iraq imports refined flour from Saudi Arabia,” said Zaab Sethna. “When you think of the historic context, it seems crazy that the Land of the Two Rivers is importing bread from the Empty Quarter.” But with costs continuing to climb, more and more Iraqi farmers appear to be abandoning agriculture for other trades, leaving the country ever more dependent on imports, and thus vulnerable to shifts in the currency markets. 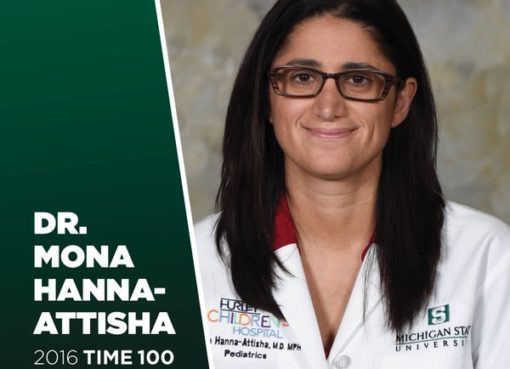 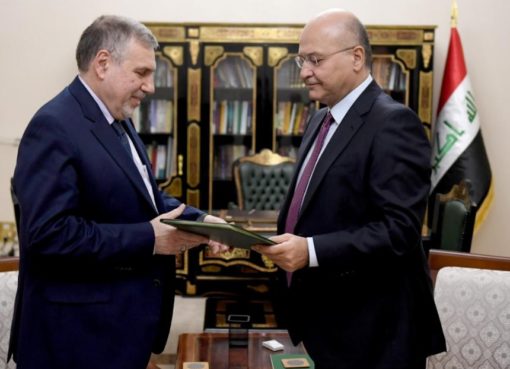 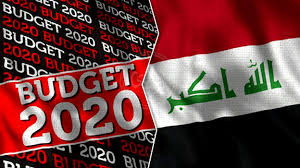 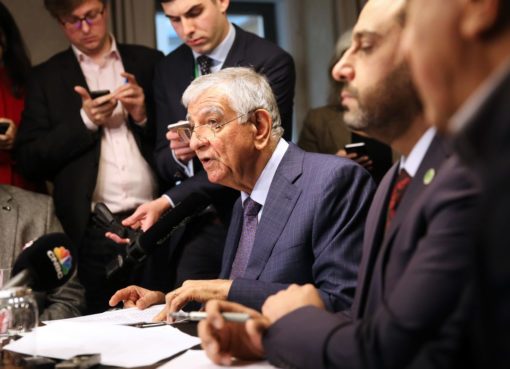